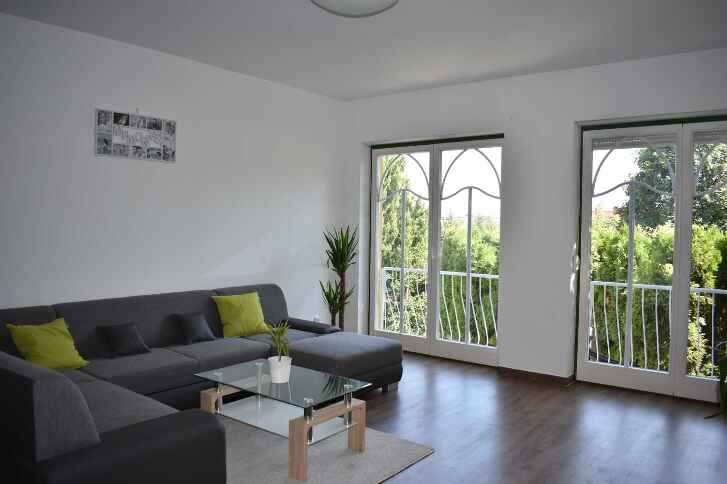 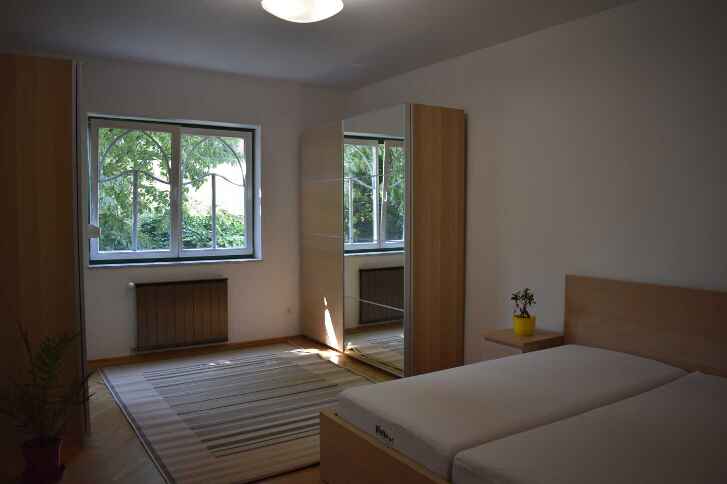 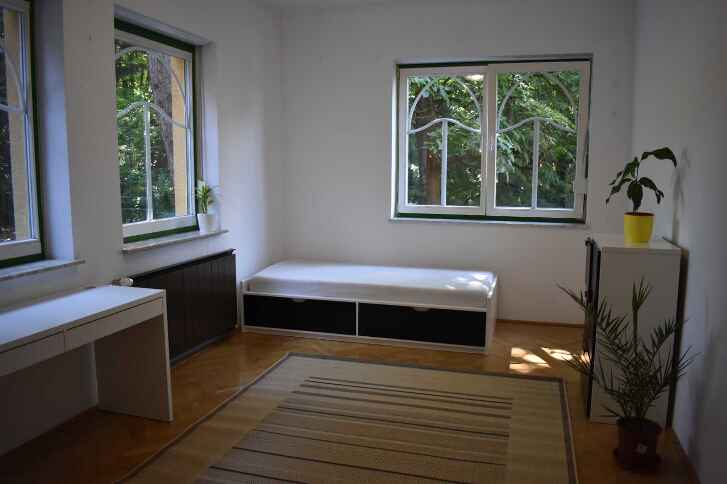 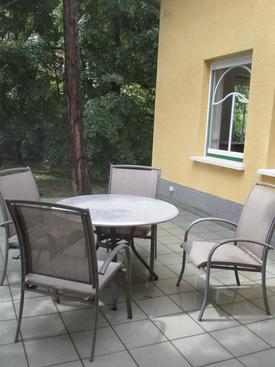 Description of the 4th apartment

Images of the flat 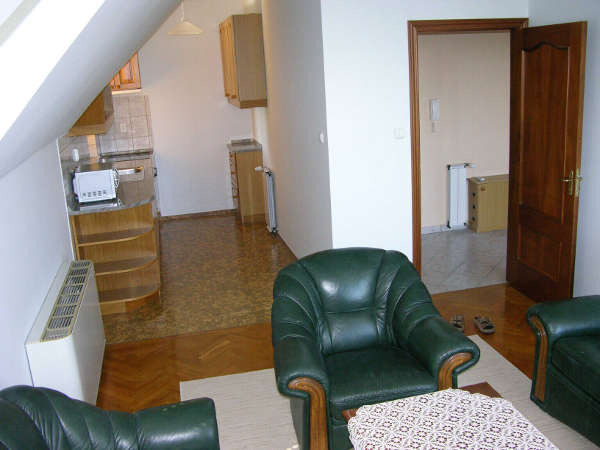 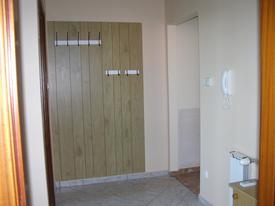 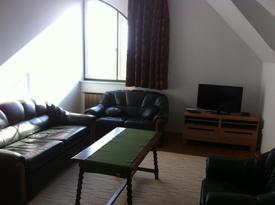 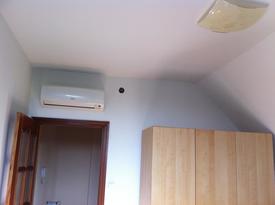 Description of the 2nd apartment

Pictures of the apartment 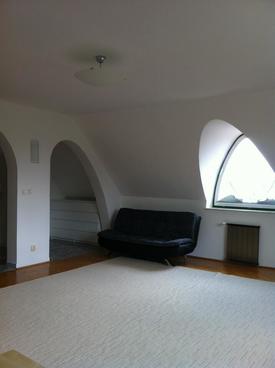 The garage is only for the tenant.

Pictures of the building 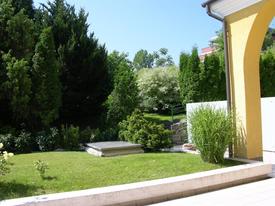 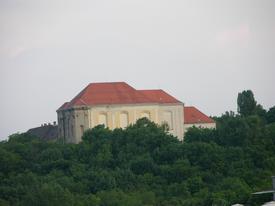 Our property situated in Seregely str. 16. was built in 2000 as classical villa building. The windows of the house are looking to the city center and green area to the south direction which is the main facade of the building. From this direction You can see the tipical panoramic view of the “so called “ Újlak region, namely Catholic Church of Kolosy Square and the Dome of the House of Parliament. Our property is surrounded by tended, beautiful garden, huge trees and nice bushes. The property was built on hillside of the street and this lay made it possible to create apartments, parts of building which are comfortably separated from each other. It helps a pleasant, enjoyable lifestyle and comfortable isolation from each other.
The premises has a nice panoramic view to the roofs of the houses beneath us to the east direction, which is the direction actually looking to Pest.
The west side windows have nice view to green area , bushes and trees too and we catch sight of an office building of Montevideo office park, which is in sufficient distance not to disturb us and is not a high property.
We have a good view even to the north direction, we can see far away the mountains of “Pilis” and peak of a mountain, called “Nagykevély” of village “Üröm”.
There are 3 garage entrances from the street to the house, they are on the same level as the street, which is very comfortable in wintertime. You can reach the apartments using the staircase. It is possible of course to reach the apartment on walk using a wooden gate situated on the south side of the premises and after that You are walking on an elegant terrace to the main entrance of the house.
We have marble clad staircase in the house. Our property is surrounded by spacious, elegant terraces. Different parts of building are well portioned, functionally good isolated. Roof structure is a classical pitched roof covered by Bramac tile, which is a roman type tile made from clay. Windows and the entrance door are made from wooden and painted white inside and green outside fitting to the style of a classical villa. They glassed with thermo-pan glasses for good insulation. Producer of the windows is Hofstadter Co. which is famous for creating quality doors and windows. We have shutters on the windows for darkening and for security reasons as well. The property is secured and air conditioned.

Story of this area

In the Middle Ages there was a village here called Szentjakabfalva which was depopulated in the Turkish era and settlers for Württemberg (Germany) founded a new village called “Neustift” and the Hungarian translation was the name “Újlak”.In 1873 , when Pest, Buda, and Óbuda was united into Budapest, Újlak was joined up to the 3d district. Later in 1950 Újlak region has been shared to the 2d and 3d district.

The center of the former settlement was Kolosy square and the surrounding area; parish church,market. Former names were: Markch Platz (Piac tér), later Haupt Platz(Fő tér), Heu Platz( Széna tér), after that Pfarrkirchen Platz(Plébániatemplom tér), and finally Lujza square. The today's name was got in 1900 of a freedom fighter defense general Kolosy György, who was a hero.

The first water supply plant with proper capacity for the capital was built in this region and it is still operating as “Budaújlaki Vízmű” ( Water Supply Plant of Budaújlak) and You can see it on the line of suburban train (HÉV) at the stop of Szépvölgyi street. Between line of the suburban train and the embankment of Danube there was “Goldberger court” in Nagyszombat street , on the same place roller skate court and a park for leisure time was established and now are operating.

On the north part of “Újlak”, on the former place of the Újlak Brick and Lime factory, which was operating on the area bordering by Bécsi street, Nagyszombat street, Végvár street, Doberdó street a new, so called town houses were built in 1928 commissioned by the capital. These building blocks provided 460 flats in very good quality, 34 shops broadening the scarcity of housing strock of Budapest in that time. (Architects were : Rezső Hickish, Ferenc Paulheim junior)

In 1952-54, after the Second World War the Brick Company Holzspach were closed. In that place a new company was built producing mechanical meters and partly as a military technical producer in the socialism. After the reorganization of this company on this area an office park was built, called Montevideo Park. But even now You can see the steep walls of the former clay mine they are bordering the buildings of Montevideo Park.

According to tradition of this area , mostly covered Bécsi street, market area and Kolosy square an entertaining and service quarter was created with restaurants, clubs, fun places, providing music and theatre performances to the publicum and makes the people's life in this area enjoyable. Kolosy market was also renewed, different shops, cafeterias, small shops were opened. There is a nice promenade on the line of Bécsi street as well with a lot of green area, fountains and the statue of our national hero, namely Puskás Ferenc, the footballer.

Kiscelli Castle, museum and park, formerly Schmidt Castle is also an attractive place which worth a visit...